Abu Shadi is a divorced father and a school teacher in his mid-60s living in Nazareth. After his daughter’s wedding in one month he will be living alone. Shadi, his architect son, arrives from Rome after years abroad to help his father in hand delivering the wedding invitations as per local Palestinian custom. As the estranged pair spend the day together, the tense details of their relationship come to a head challenging their fragile and very different lives.

View an interview with the director 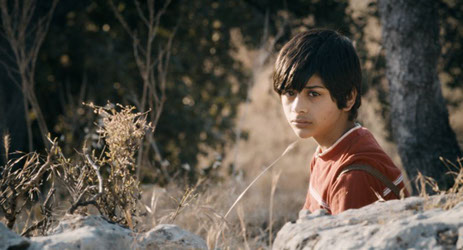 When I Saw You (Lamma shoftak)

Jordan, 1967, tens of thousands of refugees pour across the border from Palestine. Having been separated from his father in the chaos of war, Tarek, 11, and his mother Ghaydaa, are amongst this latest wave of refugees. Placed in temporary refugee camps made up of tents and prefab houses until they would be able to return, they wait, like the generation before them who arrived in 1948. With difficulties adjusting to life in Harir camp and a longing to be reunited with his father, Tarek searches for a way out, and discovers a new hope emerging with the times.

Sixty years after her grandparents' exile from Jaffa, Soraya discovers that her family's bank account was frozen after the Arab-Israeli war. She decides to leave Brooklyn for her homeland, determined to reclaim her birthright through whatever means necessary. With the help of her disillusioned lover Emad and his filmmaker pal Marwan, they plan on one big heist to settle the historical debt. Driving through the countryside like an Arab (and pacifist) Bonnie and Clyde, Soraya and Emad discover their roots while rejecting their status as exiles. Hammad and Bakri attack their roles with feral intensity, electrifying the screen.

Occupied Palestine: A serene landscape now pockmarked by military checkpoints. When a Palestinian film crew decides to avert a closed checkpoint by taking a remote side road, the political landscape unravels, and the passengers are slowly taken apart by the mundane brutality of military occupation. Both a visual poem and a narrative about the fragmentation of a people, "Like Twenty Impossibles", also questions the politics of filmmaking and the opportunism of artists.

dir. by Hany Abu-Assad (2013, 96 min., Palestine) In Arabic and Hebrew with English subtitles

Omar, a young baker turned freedom fighter, is accustomed to dodging surveillance bullets to cross the separation wall to visit his secret love Nadia. But occupied Palestine knows neither simple love nor clear-cut war. When Omar is captured after a deadly act of resistance, he falls into a cat-and-mouse game with the military police. As suspicion and betrayal jeopardize his longtime trust with accomplices and childhood friends, Omar must face painful choices about life, manhood and love. 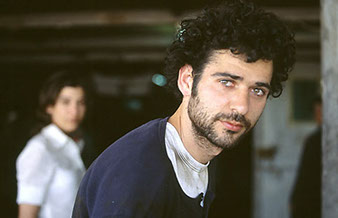 dir. by Hany Abu-Assad (2005, 90min., Palestine) In Arabic and English with English subtitles

"Paradise Now" follows two Palestinian childhood friends who have been recruited for a strike on Tel Aviv and focuses on their last days together. When they are intercepted at the Israeli border and separated from their handlers, a young woman who discovers their plan causes them to reconsider their actions.

Two students in the West Bank are forced to return home to Gaza, where their love defies tradition. To reach his lover, Qays writes grafitti love poems on walls across town. Habibi is a modern re-telling of the famous ancient Sufi parable 'Majnun Layla'. Youssef's debut film captures the ecstasy and desperation of frustrated passion as it presents a desolate portrait of Palestine today.

The Time that Remains

dir. by Elia Suleiman (2009, 109 min., Palestine) In Arabic and Hebrew with English subtitles

An intimate semi-biographical portrait of Palestinians living as a minority in their own homeland between 1948 and the present day. The conflict between Arabs and Jews gets another wryly humorous workout from Suleiman, marbled with personal sadness and mystification.

dir. by Elia Suleiman (2002, 92 min., Palestine) In Arabic and Hebrew with English subtitles

In the spirit of Charlie Chaplin and Jacques Tati, Elia Suleiman's critically acclaimed satire chronicles the absurdities of life on both sides of the Palestinian-Israeli border. 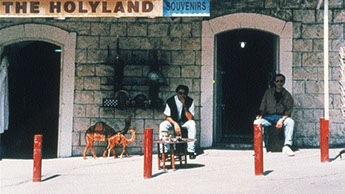 Chronicle of a Disappearance

dir. by Elia Suleiman (1996, 88 min., Palestine) In Arabic and Hebrew with English subtitles

Chronicle of a Disappearance unfolds in a series of seemingly unconnected cinematic tableaux, each of them focused on incidents or characters which seldom reappear later in the film. Among the many unrelated scenes, there is a Palestinian actress struggling to find an apartment in West Jerusalem, the owner of the Holy Land souvenir shop preparing merchandise for incoming Japanese tourists, a group of old women gossiping about their relatives, and an Israeli police van which screeches to a halt so several heavily armed soldiers can get off the car and urinate.

We are currently seeking links for films by the following directors (with English subtitles):