Nuri Bilge Ceylan was born in Istanbul, 1959. After graduating from Engineering Department of Bosphorus University, he studied filmmaking for two years at Mimar Sinan University, Istanbul. Ceylan’s short film Koza (Cocoon) was screened in the Cannes Film Festival in 1995. He received many awards with his debut feature Kasaba (Small Town) and his second feature Mayis Sikintisi (Clouds of May). His third feature Uzak (Distant) received the Grand Prix and award for Best Actor at Cannes 2003, and was praised internationally. His 2006 film Iklimler (Climates) won the FIPRESCI Award at Cannes in 2006 and received international prizes. He won the Award for the Best Director in the 2008 Festival de Cannes for his film, Uç Maymun (Three Monkeys) and was the winner of the Palme d'Or, the highest prize at the Cannes Film Festival, for Winter Sleep in 2014. He is married to filmmaker, photographer, and actress Ebru Ceylan, with whom he co-starred in Climates.

Sinan, an aspiring writer, returns to his native village and pours his heart and soul into scraping together the money he needs to get himself published. But in the backdrop his father’s debts catch up with him, putting a stop to his personal aspirations. 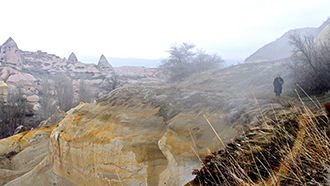 Aydin, a former actor, runs a small hotel in central Anatolia with his young wife Nihal with whom he has a stormy relationship and his sister Necla who is suffering from her recent divorce. In winter as the snow begins to fall, the hotel turns into a shelter but also an inescapable place that fuels their animosities. 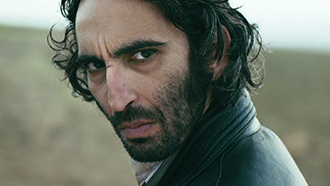 Once Upon a Time in Anatolia

Winner of the Grand Prize at the Cannes Film Festival. In the dead of night, a group of men among them, a police commissioner, a prosecutor, a doctor and a murder suspect drive through the Anatolian countryside, the serpentine roads and rolling hills lit only by the headlights of their cars. They are searching for a corpse, the victim of a brutal murder. The suspect, who claims he was drunk, can't remember where he buried the body. As night wears on, details about the murder emerge and the investigators own hidden secrets come to light. In the Anatolian steppes, nothing is what it seems; and when the body is found, the real questions begin.

A family dislocated when small failings blow up into extravagant lies battles against the odds to stay together by covering up the truth... In order to avoid hardship and responsibilities that would otherwise be impossible to endure, the family chooses to ignore the truth, not to see, hear or talk about it. But does playing “Three Monkeys” invalidate the truth of its existence?

View via MUBI on Amazon     View on Fandor

We are currently seeking more links to complete films by Nuri Bilge Ceylan: