Where is the Friend's Home? by Abbas Kiarostami (Iran, 1987)

Salt of This Sea by Annemarie Jacir (Palestine, 2008)

Exploring the work of cinematic artists from one of the world's most troubled regions and filmmakers who strive to bring greater understanding between people and societies through their art.

A curated collection of online cinema.

Ziad Doueiri Courts Controversy in
His Latest Film The Insult

In this excellent interview with journalist Youmna Naufal, Lebanese filmmaker Ziad Doueiri discusses the controversies and criticisms that erupted in his home country surrounding his Academy Award-nominated politically-themed courtroom drama The Insult, as well as the tensions and legal problems created by shooting in Israel for his previous film The Attack.

Watch the interview with the director

“I fell in love
with the cinema in my teens
and am still paying for it."

Cinema Revolution Society interviews Mohannad Ghawanmeh, the film scholar and cineaste behind Cinema Arabiata the exceptional blog that focuses on Arab Cinema. Mohannad is a film scholar and cineaste who has produced, acted in, curated for, written about, and lectured on film. His expertise is focused on Arab cinema, but also thoroughly extends into silent cinema, non-fiction cinema, transnational cinema, religious cinema, and more. 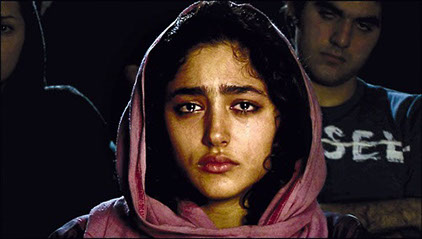 What Abbas Kiarostami Taught Us
About Heaven

Celebrated Iranian filmmaker Abbas Kiarostami won more awards than you could fit in a trophy room in his decades-long career, winning special prizes at the film festivals in Cannes, Venice, Chicago and Locarno, and a prize from what feels like every critics group in America...

Watch the video on NoFilmSchool.com

A Middle Class Enjoying
Itself Is Engulfed in Change

If the setup of the Iranian filmmaker Asghar Farhadi’s devastating film “About Elly” sounds familiar, it’s because this story of a young woman who disappears during a festive weekend outing at a coastal resort resembles that of Michelangelo Antonioni’s classic “L’Avventura.” In both movies, a frantic and futile search ensues. But in “L’Avventura” that search is soon abandoned. In “About Elly” the tension mounts, and accusations fly over who is to blame.

With a cool head and level gaze, Keren Ye-daya’s stark first feature attempts a Bressonian trajectory of tragic inevitability. Or (Dana Ivgy) is a sweet-natured teenage girl in Tel Aviv who earns badly needed cash by washing dishes in her neighbors’ restaurant and collecting discarded bottles. When Or is at school or work, she locks her blowsy, sullen mother, Ruthie (Late Marriage‘s Ronit Elkabetz), inside the cramped apartment they share, though Mom often sneaks out to turn tricks.

by Nick Bradshaw, The Guardian

So shooting wraps on one of the boldest careers in the movies. Youssef Chahine was the leading voice of the Arab cinema for over half a century – and as prolific, versatile and accomplished as many a more famous western auteur – but his abiding worth, inside Egypt and out, has been in his outspoken expression of the conscience of his country. He took on imperialism and fundamentalism alike, celebrated the liberty of body and soul, and offered himself warts and all as an emblem of his nation.

Annemarie Jacir:
An Auteur in Exile

by Nicholas Blincoe, The Guardian

Palestinian film-maker Annemarie Jacir lives in Jordan and can see her homeland but cannot go there. Like the protagonist of her film, When I Saw You, she is an outsider – with a clear view...Set in the aftermath of the 1967 Israeli invasion of the West Bank, the film follows Tarek, a refugee living in a UN camp within sight of the land he and his mother have lost.

Watch an interview with the director

Watch When I Saw You now