Mohsen Makhmalbaf (born May 29, 1957) is an Iranian film director, writer, film editor, and producer. The director belongs to the new wave movement of Iranian cinema and his films have been widely presented at international film festivals. He has made more than 20 feature films, won some 50 awards and been a juror in more than 15 major film festivals.  Time magazine selected Makhmalbaf's 2001 film Kandahar as one of the top 100 films of all time. His films have explored the relationship between the individual and a larger social and political environment. As a result, his work serves as an extended commentary on the historical progression of the Iranian state and its people. Makhmalbaf has worked in several genres, from realist films to fantasy and surrealism, minimalism, and large frescoes of everyday life, with a predilection (common to Iranian directors) for the themes of childhood and cinema.

The President  dir. by Mohsen Makhmalbaf (2014, 119 min., Georgia) In Georgian with English subtitles

A brutal dictator's regime is overthrown as he attempts to get his family out of the country, but his young grandson refuses to leave the dictator's side. As the revolution climaxes, the dictator and his grandson must flee for their lives as close allies turn on them and a bloodthirsty mob follows their every step. 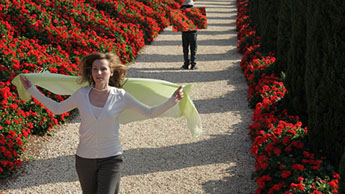 An Iranian filmmaker and his son travel to Israel to investigate the Baha'i faith, a world religion with around 7 million followers, which originated in Iran about a hundred and seventy years ago. Youth from all over the world come to Haifa, the center of this religion, to serve. Those who serve in the gardens that surround the holy places develop peace loving attitudes through their interactions with nature. Father and son share differing views on religion and as a result of their arguments, they separate from one another and pursue their own paths. 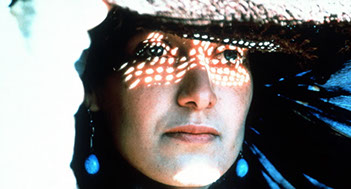 An Afghan-born Canadian journalist crosses into Afghanistan from Iran in order to reach Kandahar and prevent her sister from committing suicide. This offering from Mohsen Makhmalbaf was made to bring attention to the living conditions and the plight of women in Taliban era Afghanistan, at a time when the world was not paying much attention to this oppressive regime.

The Slience  dir. by Mohsen Makhmalbaf  (1998, 76 min., Iran) In Persian with English subtitles

Khorshid lives with his mom in a house near a river somewhere in Tajikistan. The landlord comes around every morning to ask for the rent. Khorshid has to provide the money or else they'll have to leave. His blindness has given him an amazing skill in tuning musical instruments which gets him a job at an instrument making workshop. But the problem is that Khorshid is mesmerized by sonorous music all the time; whenever he hears a great musician play, he loses track of time and place. For this, he always gets lost and gets to work late. How is he going to make a balance between his love of music and his task as a breadwinner. 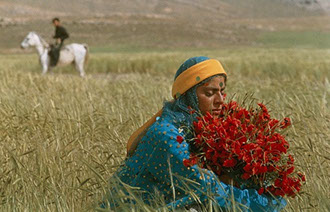 A nomadic tribe in Southeast Iran, whose specialty is weaving “gabbeh” (Persian carpets) is dying out… On the banks of a river, an old woman who is washing one of these carpets seems to be conversing with it. The motifs of this “gabbeh” relate the love story of a young girl whose parents refuse to let her marry the man she loves. As the tribe starts a long journey across the steppe, the man follows on horseback far behind.

We are currently seeking more links to complete films by this Director: