Cinema Revolution Society is an organization dedicated to the creation and promotion of a new kind of cinema that is built from the ground up, rather than from the top down.

Selections are limited based on availability of streaming titles within our chosen parameters. We are not a host, distributor, database, library, encyclopedia or archive, but rather an amalgamated online exhibition of cinematic art and a specialized directory for where these films are available for viewing on other websites.

We firmly believe that filmmakers and the companies who distribute their films reserve the right to be duly compensated for their work, therefore every streaming video posted on this site is, except in rare cases, a link to a site where it can be purchased or rented for a fee or through subscription services. We will occasionally provide free links to films on sites like YouTube or Vimeo, but only in the case of rare or out of print titles that are otherwise unavailable. However, we only link to websites that respect and actively enforce copyright, and we never link to torrent or bootleg video sites. We do not host any content, and we trust the individual hosts of the videos we feature to police the copyright laws for the content they provide. Therefore, any inquiry by a copyright holder should be directed to the site upon which the video is hosted.

Cinema Revolution Society grew out of the Cinema Revolution video store that was in operation at various locations in the Whittier neighborhood of Minneapolis, Minnesota from 2003-2009. Winning several City Pages "Best of the Twin Cities" awards for "Best DVD Rental" and "Best Place to Rent Foreign Films" the store was recognized as a valued resource in the community. CR Society was initiated as a way to engage the community in fostering film production and promoting film literacy. Several initiatives were undertaken, including Wednesday Night Film School, a weekly discussion featuring a special expert lecturer, the LGBT Film Series, a weekly viewing and discussion group held at the store, and Cinéma des artistes, a monthly screening series held at the Varsity Theater featuring auteur cinema with a global focus.

CR Society also produced four projects that engaged the community to make their own films. The Fortune Cookie Film Project, Dance Film Project 2008-2009, and the Minneapolis Project were all collaborative film festivals run by the Society. Each project began with a simple premise and instructions, and filmmakers were set in motion to complete their projects with a guaranteed screening and party at the end. The Minneapolis Project, the last in the series in September 2010, featured 25 filmmakers and a screening with approx. 500 in attendance at the Riverview Theater.

The organization relocated to New York City in 2011 and now reaches a global audience with this website. 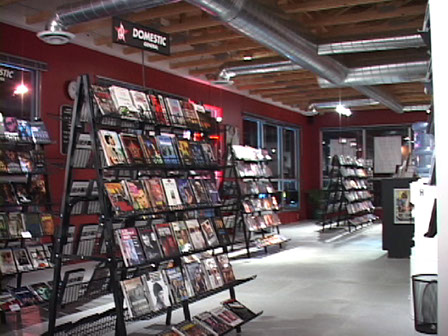